Contrary to the conventional wisdom saying that Bernie Sanders would never have been able to force a contested Democratic convention, Hillary Clinton has less than 2,383 pledged delegates. Thus, Bernie Sanders has recently confirmed his desire to continue, as stated by Time

Why would he stop?

Would you end your presidential campaign if your opponent faced on ongoing FBI criminal investigation?

Bernie Sanders, his campaign, and millions of supporters throughout the nation and world must wait until July 25th, knowing that the FBI will likely disclose its findings of Clinton’s email investigation before the Democratic convention. 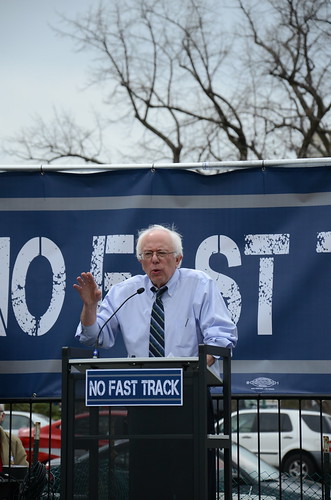