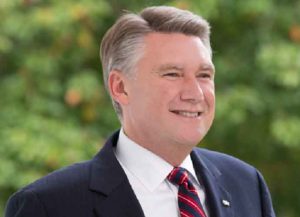 Republican Mark Harris's Victory In North Carolina Called In Doubt
(Image by upolitics.com)   Details   DMCA
Incoming House Majority Leader Steny H. Hoyer said Friday that Democrats next week will not seat a North Carolina Republican amid allegations of election fraud in the state’s 9th Congressional District. “Given the now well-documented election fraud that took place in NC-09, Democrats would object to any attempt by [Mark] Harris to be seated on January 3,” Hoyer said in a statement. “In this instance, the integrity of our democratic process outweighs concerns about the seat being vacant at the start of the new Congress.”
Read the rest of the story HERE: