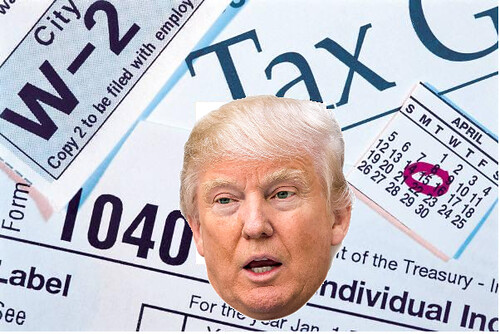 "Some tax tips for Americans who would like to follow Donald Trump's example. Imagine if you, like President-elect Donald Trump, didn’t have to pay a nickel to support the government he’s now preparing to lead. Trump, who has refused  to release his tax returns, made his last known payment to the IRS in 1977. In fact, thanks to a tax trick quietly deployed by a bunch of rich Americans a quarter-century ago, I calculate that Trump will not owe income taxes until at least 2042, when he would turn 96 years old.Many taxpayers undoubtedly aspire to be as “smart” as Trump says he was in his dealing with the IRS. Sadly, not all of us can emulate the president-elect for 2 reasons. One is that, as with nearly all tax shelters, you first need to own — or owe — a very large amount of money>".