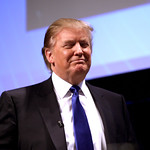 Throughout this campaign, the Trump Organization, which pumps potentially hundreds of millions of dollars into the Trump family’s bank accounts each year, has been largely ignored. As a private enterprise, its businesses, partners and investors are hidden from public view, even though they are the very people who could be enriched by—or will further enrich—Trump and his family if he wins the presidency. The Trump family rakes in untold millions of dollars from the Trump Organization every year. Much of that comes from deals with international financiers and developers, many of whom have been tied to controversial and even illegal activities. None of Trump’s overseas contractual business relationships examined by Newsweek were revealed in his campaign’s financial filings with the Federal Election Commission, nor was the amount paid to him by his foreign partners.