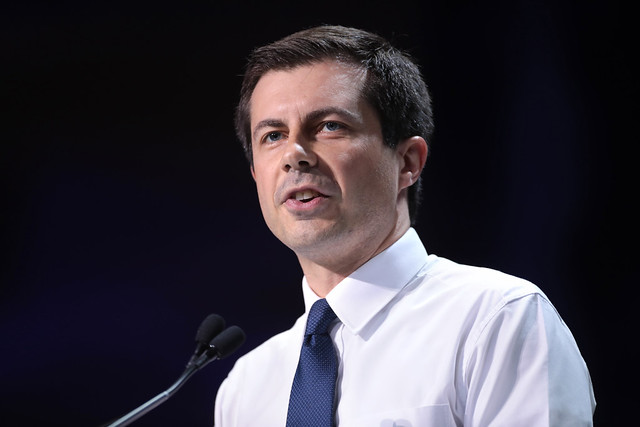 Buttigieg claims he's “never been part of the Washington establishment.” But years before he was Mayor Pete, an influential DC network of military interventionists placed him on an inside track to power.

Reaping the rewards of his dedication to the Beltway playbook, Buttigieg recently became the top recipient of donations from Dept of Homeland Security, State Department, and Justice Dept staffers – key cogs in the national security state’s permanent bureaucracy.

He worked at the Cohen Group, a consulting firm founded by former Secretary of Defense William Cohen that maintained an extensive client list within the arms industry. (recently intimately involved in the Trump admin’s bungling regime change attempt in Venezuela).

But it was Buttigieg’s fellowship at the Truman Center that placed him on the casting couch before the Democratic Party’s foreign policy mandarins.