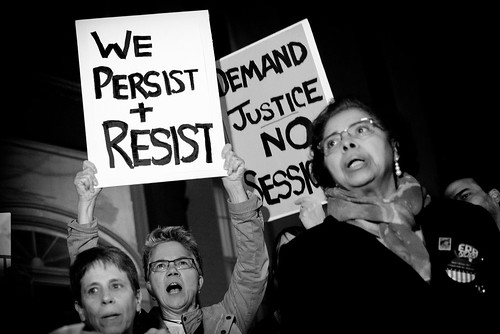 We Persist And Resist, a protest outside Mitch McConnell's Capitol Hill home on the evening the Senate votes in Jeff Sessions
(Image by Lorie Shaull)   Details   DMCA

Despite Donald Trump’s claim that his administration is running like a “fine-tuned machine”, activists have already managed to score victories against some of the most anti-progressive policies of the president and his Republican allies. Through rallies, marches and dogged pursuit of elected officials, people across the country have helped to block some of Trump’s initiatives, and draw attention to government missteps. Here are some of activists’ most dramatic wins so far: