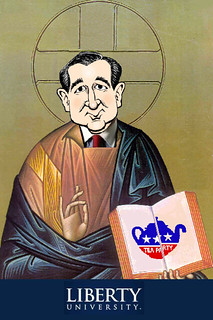 Of the race’s top tier, the only two rivals who have been spared his scorn are the pair he mentioned as potential running mates when NH1 asked last month: retired neurosurgeon Ben Carson — and the Texas senator.'

I was raised an Armybrat, which gave me an appreciation for our military, diversity and travel. In my young adulthood I was a Republican, this in the days Republicans were still actually conservative. When the move began in earnest to push (more...)