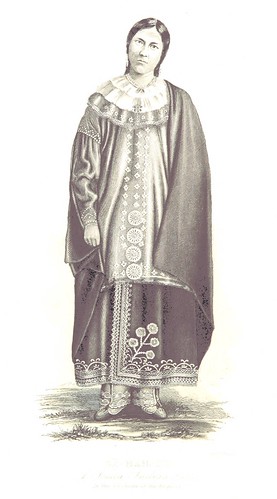 Image taken from page 182 of 'League of the Ho-de'-no-sau-nee, or Iroquois'
(Image by The British Library)   Details   DMCA

Haudenosaunee women also played a role in the political goings on in their respective nations. From discussions on important issues to selecting a chief, women were active contributors to decisions that impacted the well-being of their communities.

“In the councils of the Iroquois every adult male or female had a voice upon all questions brought before it,” Stanton reported in The National Bulletin in 1891. “The American aborigines were essentially democratic in their government … The women were the great power among the clan.” Stanton went on to describe how clan mothers had the responsibility for nominating a chief, and could remove that chief if he did not make good decisions. “They did not hesitate, when occasion required,” Stanton recalled, “‘to knock off the horns,’ as it was technically called, from the head of a chief and send him back to the ranks of the warriors.”