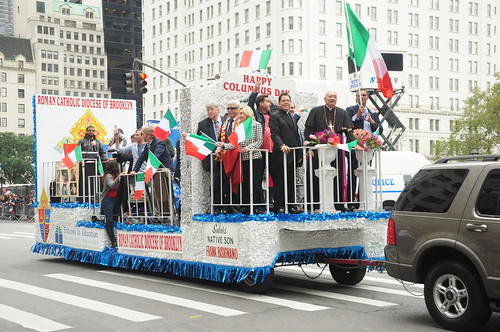 Congress envisioned a white, Protestant and culturally homogeneous America when it declared in 1790 that only “free white persons, who have, or shall migrate into the United States” were eligible to become naturalized citizens.

Few who march in parades or recount the tale of Columbus’s voyage from Europe to the New World are aware of how the holiday came about or that President Benjamin Harrison proclaimed it as a one-time national celebration in 1892 — in the wake of a bloody New Orleans lynching that took the lives of 11 Italian immigrants. The proclamation was part of a broader attempt to quiet outrage among Italian-Americans, and a diplomatic blowup over the murders that brought Italy and the United States to the brink of war.