Campaign finance cases of the past decades have been decided by a bare five-vote majority of conservatives. The only way for quick change on the issue would be a change in the composition of the Supreme Court. 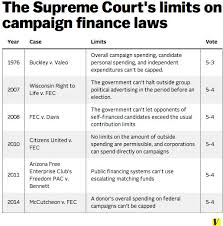 No thoughtful person can question how Big Money in Politics can lead to Big Government This combined with the Conservative Americans for Tax Reform (ATR) Pledge to oppose any and all tax increases has resulted in a current national debt of $26.6trill or 136% of GDP per the linked article.

1975 U. S. Military spending was 88.4bill versus our current final tally for war, preparations for war, and the impact of war comes to more than $1.25 trillion—more than double the Pentagon’s base budget. This in response to the following:

(Image by IdleHearts)   Details   DMCA
Read the rest of the story HERE: