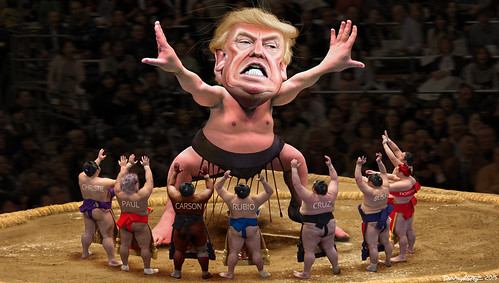 Trump Towers Over His Challengers
(Image by DonkeyHotey)   Details   DMCA

The Reddit user who initially claimed credit for President Donald Trump's tweet that showed Trump tackling CNN issued an apology Tuesday for the video and other offensive content he posted -- one day after CNN identified the man behind the account and attempted to make contact with him.