Being there in mid-March gave me a window into what it would have looked like had the US taken serious action from the start. It also nearly stranded me 5,000 miles from home.

Today, the country still has fewer than 3,000 confirmed cases. Its neighbor to the north, Brazil, which was slower to lock down, recently passed a total of 38,000. And here in the US, well, we’re adding that many new cases every day or two. If you just look at the numbers, most of Latin America appears to have staved off the runaway explosion of infections seen in nations like Italy, Spain, and the US. It is possible that the travel restrictions and stay-at-home orders did exactly what they were supposed to do. 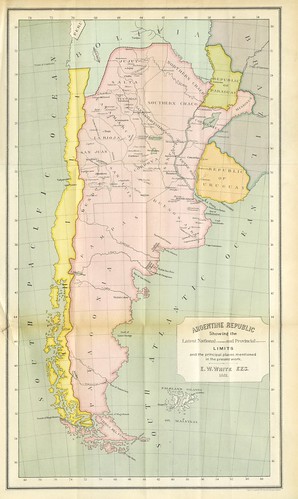 British Library digitised image from page 435 of .Cameos from the Silver-Land; or, the experiences of a young naturalist in the Argentine Republic, etc.
(Image by The British Library)   Details   DMCA
Read the rest of the story HERE:

STAY IN THE KNOW
If you've enjoyed this, sign up for our daily or weekly newsletter to get lots of great progressive content.
Series: "Transitions"