House Minority Leader Kevin McCarthy (R-Calif.) says he warned President Donald Trump that his repeated attacks on voting by mail could backfire, hurting both his reelection efforts and Republicans in other races.

“We could lose based on that,” McCarthy admitted to Axios, saying the result could be that Democrats vote by mail while Republicans don’t ― and because of the coronavirus pandemic, Trump supporters may not vote in person, either.

“I tried to show him ... you know who is most afraid of COVID? Seniors,” the website quoted him as saying. “And if they’re not going to go vote, period, we’re screwed.” 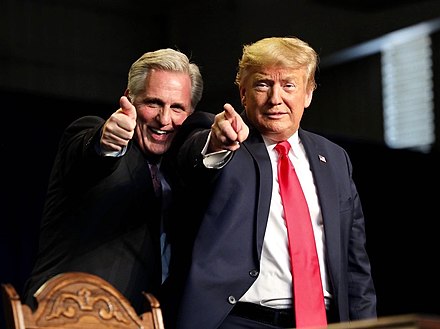