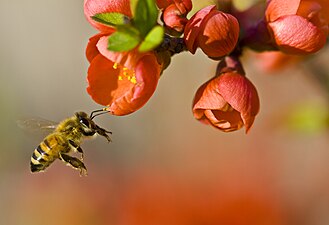 Environmentalists often worry about honeybees, but there's some good news that has recently emerged about the present state of these important pollinators. The new bee colony report by the U.S. Department of Agriculture describes a surprising increase in the number of colonies across the nation. Some states are experiencing a particularly rapid expansion of their bee population. Reporting the most dramatic growth, Maine counted a 73% increase in colony numbers since 2018.