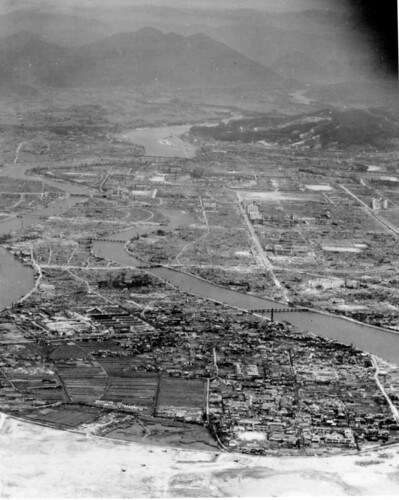 The atom bombs dropped on Japan are typically presented to US school kids , and to Americans in general by government propaganda, as having been “necessary” to end the war quickly and to avoid American ground troops having to fight their way through the Japanese Japan. But  later evidence – like frantic efforts made in vain by the Japanese government to surrender through the Swiss embassy, and later reports that Japan’s real concern was not the destruction of its cities, but rather fear that Soviet forces, victorious in Europe, would advancing on Japan from the north and into Japanese-occupied Korea – has undermined that US mythology.

In fact, it would appear that President Truman and his war cabinet didn’t really want a Japanese surrender until the two bombs that the Manhattan Project had produced had been demonstrated on two Japanese cities...