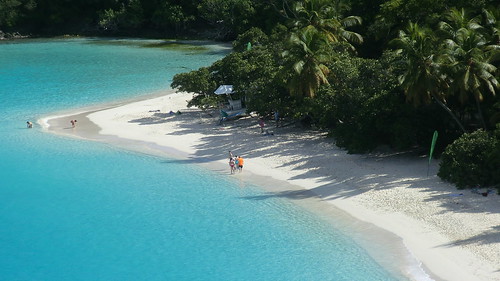 Hillary Clinton has won the Virgin Islands Democratic caucuses, according to results provided by the local Democratic Party.

While the numbers are small, the islands' 75% black population's heavy tilt towards Clinton illustrates Sanders significant hurdle in appealing to African Americans (the Virgin Islands cannot vote in the General Election, but as a U.S. Territory it is eligible to participate in the primaries).

Puerto Rico votes on Sunday, another U.S. Territory with a heavy minority population where Clinton is expected to do well, in spite of roughly equal campaigning by both candidates and a promise by both to alleviate their onerous debt burden.
Read the rest of the story HERE: