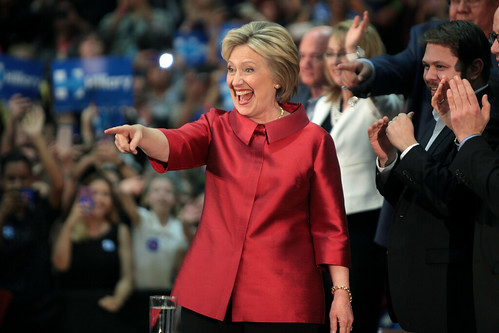 A new series of battleground polls conducted by CBS/YouGov shows Clinton with a 12-point lead over the Republican presidential nominee in Virginia, a key battleground state with 13 electoral votes of the 270 needed to clinch the presidency. Sunday's poll of likely Virginia voters came as Clinton saw a bump in the polls following the Democratic National Convention and her selection of Virginia Sen. Tim Kaine as her running mate. Long considered one of a handful of contested states up for grabs for either candidate during a presidential election, Virginia has swung left in recent presidential elections.