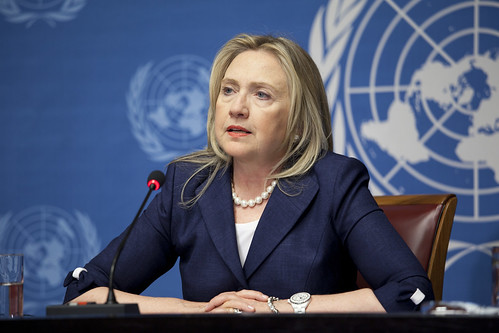 With Hillary Clinton now running as the Democratic Party's official nominee, there has been much discussion about the glass ceiling finally shattering now that a woman is running for president on a major party ticket for the first time in US history. But this accolade needs to be qualified on a number of levels. First, Sen. Margaret Chase Smith was the first woman to be nominated to run for president, at the 1964 Republican National Convention (she eventually lost out to Barry Goldwater). And in 1972, Congresswoman Shirley Chisholm  became the first woman to run for the Democrat nomination. She also broke another barrier, that of being the first black politician to run for president for a major political party.  Clinton’s record, her documented policies and her credentials dilute the term “feminist” to the point of making it virtually meaningless.