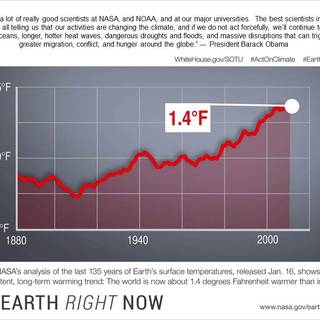 The new climate record provides a valuable framework for many areas of research, he added. It is not only useful for testing climate models, but also for geophysicists studying different aspects of Earth dynamics and paleontologists studying how changing environments drive the evolution of species.