News articles matter-of-factly denigrate these popular proposals as “shoot-the-moon policy ideas” (Washington Post) that may push the Democratic Party “over a liberal cliff” (New York Times). I sometimes wonder if the computer keyboards in certain newsrooms—besides letter and number keys—have a single key that spits out the 8-word phrase: “too far left to win a general election.”

Elite journalists regularly quote their “expert” sources in the Democratic establishment who express worries that if Bernie Sanders wins the nomination, he’ll lose badly in November. 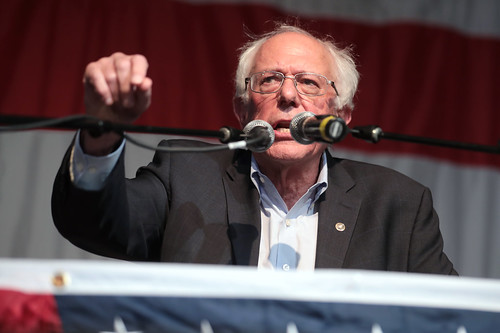 Or do those who own or run corporate media (and corporate Democrats) have a different worry—that Sanders will win the general election, shake up the system, and take away some of their wealth and power?