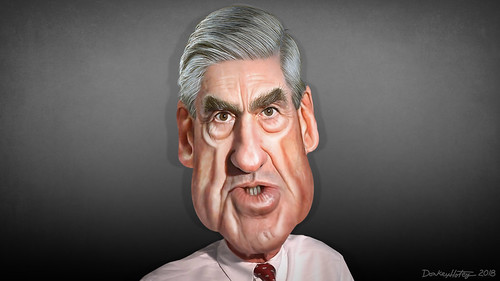 Robert Mueller - Caricature
(Image by DonkeyHotey)   Details   DMCA
Who Is Joseph Mifsud, and Was He the Actual Predicate for the Russia Investigation?

Mueller’s pointed refusal to answer questions about Mifsud underscored that his team did not provide a plausible explanation for the incident that supposedly sparked the Russia investigation in July 2016. Mifsud is the mysterious Maltese professor who reportedly informed Trump campaign volunteer George Papadopoulos that the Russian government had “dirt” on Hillary Clinton. Their conversation took place in April 2016, before the alleged hacking of Democratic Party emails was publicly known.