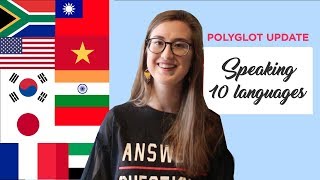 Speaking a language other than English in public can be a sign that you are not a "real" American or don't "belong" here. A mathematician speaking with accent escorted off airplane, suspected of terrorism, for scribbling equations that looked like Arabic; people detained  by border agents at in Montana, expelled from businesses in Florida, and verbally abused  in Manhattan delicatessens, all because they spoke Spanish; Duke students told not to speak Chinese in public so people wouldn't think they didn't want to "assimilate," by Prof forced to step down from directing Master's program.

In our age of border walls, forces work towards the return of an isolationist hatred thriving on mutual incomprehension. Budget rationales that may save institutions money in the short term but will prove costly in myriad ways to our nation for generations to come.