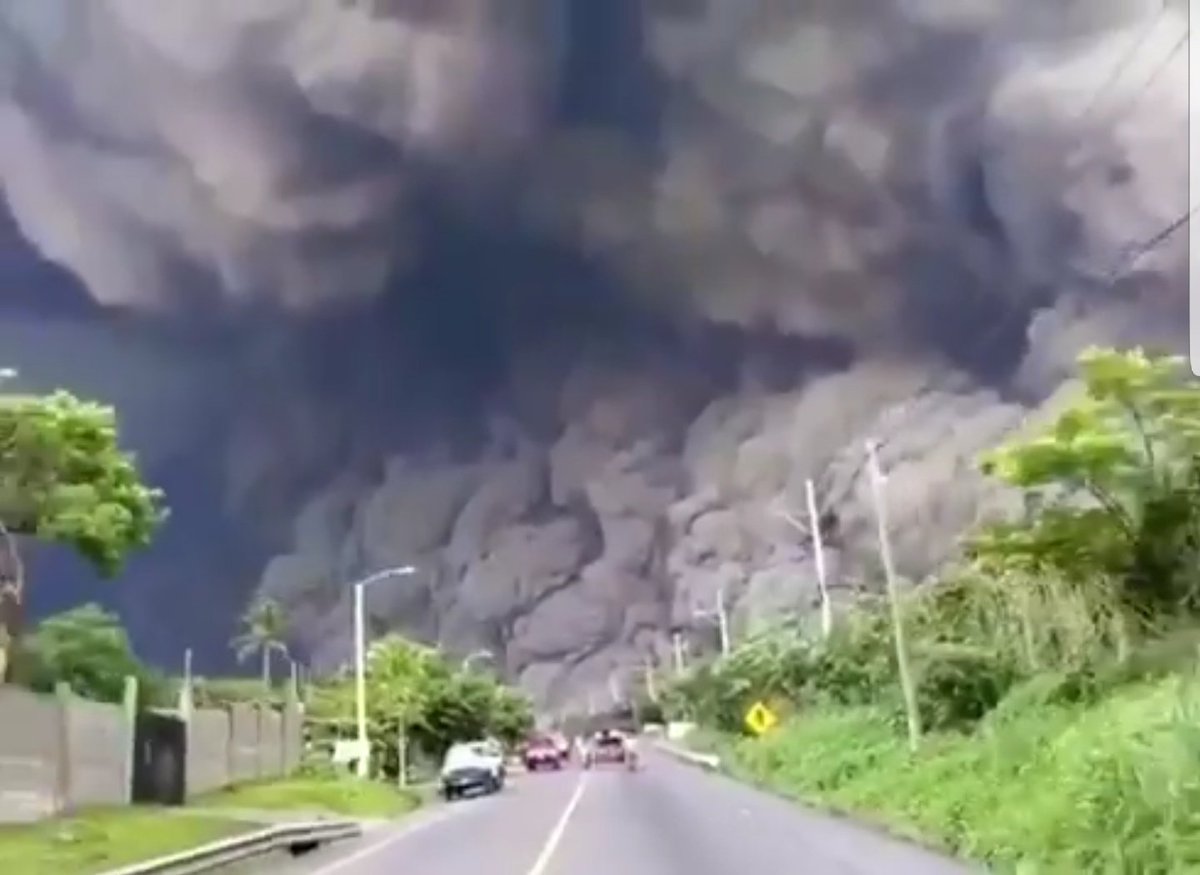 Twenty-five people have been killed and hundreds injured after Guatemala's Fuego volcano erupted, officials say. The volcano, about 40km (25 miles) south-west of the capital Guatemala City, has been spewing rocks, black smoke and ash into the sky. The National Disaster Management Agency (Conred) said a river of lava hit the village of El Rodeo, destroying houses and burning people inside. In Guatemala City, La Aurora airport has been closed due to ash.  President Jimmy Morales said a national emergency response had been launched.

RT @ThomasVLinge: WTF... This is what people in #Guatemala 🇬🇹 saw after the Fuego volcano erupted less than an hour ago. Deaths have alre… at