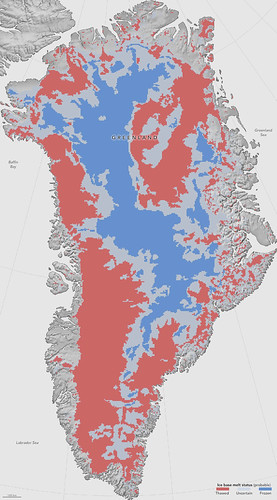 At the turn of the 21st century, unbeknownst to the world, the Greenland ice sheet likely entered a state of sustained mass loss that will persist for the foreseeable future, according to a new study. Though the finding has raised concern over the future of the ice sheet, scientists emphasize that reducing emissions remains critical.

The study, which looked at 40 years of satellite data, was released on August 13 in Communications Earth & Environment
Read the rest of the story HERE: