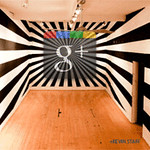 It turns out that not just conservatives can expect censorship of their content and advertisements by dominant search and web advertisement service Google, and by the equally powerful video site it owns, YouTube.

Once again it proves foreign governments do not have to interfere in our elections as the personification of rot in the DNC continues to rear its head in disrupting the primary campaign within its own party and it is becoming more apparent the same people are behind it which shows what power money in the hands of sociopathic individuals can bring.