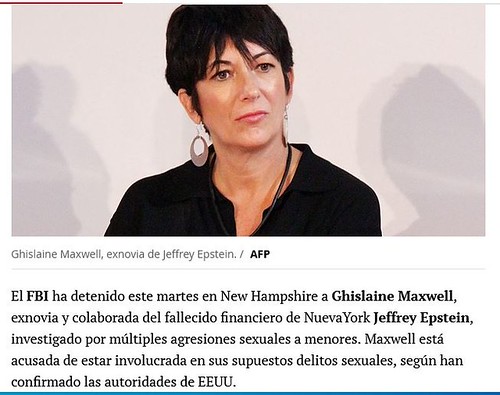 Ghislaine Maxwell reportedly told a journalist that Jeffrey Epstein recorded tapes of former presidents Donald Trump and Bill Clinton, who were former acquaintances of the disgraced sex offender. Ms Maxwell, who awaits trial on charges she assisted Epstein’s crimes in the 1990s, reportedly told a CBS “60 minutes” producer that she would not release tapes of Mr Trump without those of Mr Clinton before the 2016 presidential election. Maxwell reportedly said: “I am the daughter of a press baron. I know the way you people think. If you do one side, you must do the other. If you get the tapes on Trump you have to do Clinton'." The producer then responded: "I will. I will go wherever the story goes."