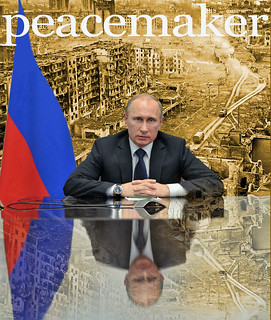 Peacemaker Vladimir Putin
(Image by Imaginary Museum Projects: News Tableaus)   Details   DMCA
Long-term US strategy in Europe is aimed at creating conditions for provoking conflict with Russia. In this regard, Washington is doing everything to embroil Berlin and Moscow, according to a German writer and government consultant Christoph Herstel. However, many Germans view this course as harmful and think that it may damage German and European interests. Forty thousand German citizens have signed a petition to the federal government against the deployment of British and American bases in Germany. According to the German journalist, the central task of the US is to prevent the development and strengthening of relations between Russia and Germany.
Read the rest of the story HERE: