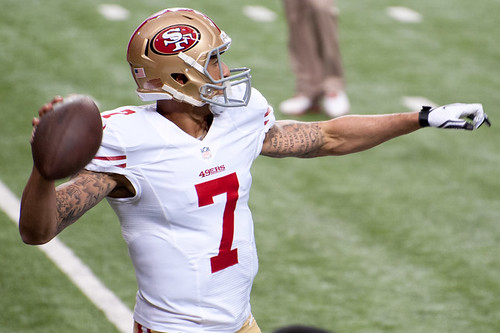 Georgetown’s entire men’s basketball team, along with their coach, joined together in taking a knee during the national anthem ahead of their NCAA tournament game against Colorado Saturday. The team previously took a knee together during the anthem when they faced Butler in Indianapolis during the regular season as a response to the deadly Jan. 6 Capitol riot.  The move by Georgetown came as players on several other teams participating in the tournament also took a knee ahead of their first round games, including athletes for Colgate, Drexel, Virginia Tech and Florida. Taking a knee during the playing of “The Star-Spangled Banner” has become an increasingly popular form of activism among professional and college athletes, especially after former NFL star Colin Kaepernick began kneeling in 2016 to protest the police killings of unarmed Black people.