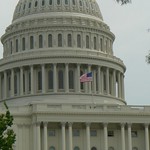 The House GOP conference decided in a closed-door meeting Thursday morning to push back all major government spending negotiations until March. In the meantime, they will approve a short-term bill funding the government. The decision to avoid any late deal-making with President Obama was requested by the incoming Donald Trump administration and cheered by hard-line conservatives. But it will create a major wrinkle in Trump’s first 100 days as president, with spending bills eating up floor time that could be used for other legislation. Any attempt to forge a deal with Obama and Senate Minority Leader Harry Reid (D-Nev.) was effectively off the table after the GOP’s resounding victories at the polls.