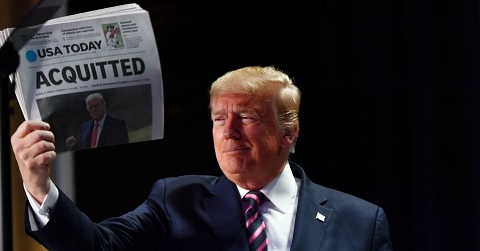 Your vote to exclude witnesses and documents from Trump’s trial was appalling enough, as you chose to ignore the Constitution, the rule of law, and the will of the people in order to keep the truth from being exposed.