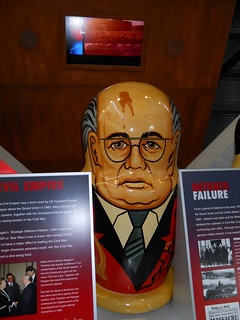 Russian doll of Gorbachev (Day 206 of 365)
(Image by Gene Hunt)   Details   DMCA
[Former] Russian President Dmitry Medvedev had accused the West of breaking promises made after the fall of the Iron Curtain, saying that NATO's expansion into Eastern Europe violated commitments made during the negotiations over German reunification. Newly discovered documents from Western archives support the Russian position.
Read the rest of the story HERE: