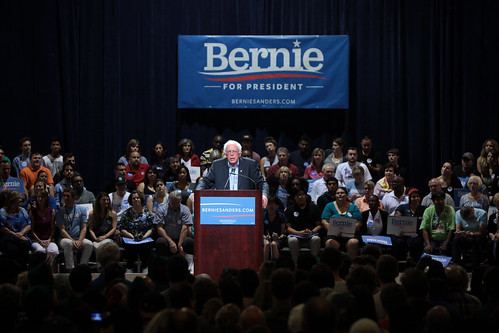 Maine Democratic Electoral College elector David Bright tried to cast his vote for Bernie Sanders Monday, but his vote was ruled invalid.  In a second round of voting, he cast his vote for Hillary Clinton, who won the statewide vote in Maine.

In Minnesota, Elector Muhammad Abdurrahman wanted to vote for Sanders, but instead he was replaced by someone who voted for Clinton.

In Hawaii, Elector David Mulinix saw the video of David Bright trying to vote for Bernie Sanders, and decided at the last minute to vote for Sanders.  His vote, unlike Bright's and Abdurrahman's, will count in the Electoral College totals.

Olympia Snowe -- Consequences of one election, one vote