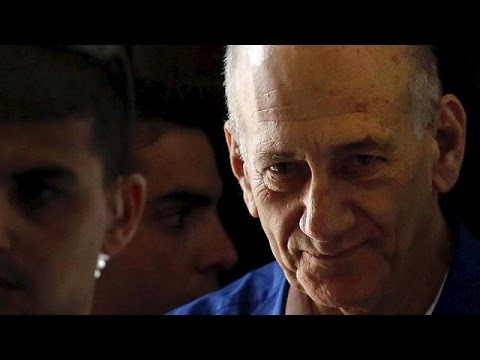 Former Israeli PM Ehud Olmert
(Image by euronews (in English), Channel: Euronews)   Details   DMCA
The Israeli democratic system that was able to sentence former Prime Minister Ehud Olmert to jail time might have lost its power to check the actions of today's serving prime minister. Never before has an Israeli prime minister been sent to prison. In Israel, the prime minister is the equivalent of the American president. He is the leader; he is the captain, the Israeli version of the “commander-in-chief.” And now he is going to jail.  The problem is that much has changed in Israel ever since the authorities went after Olmert. Today’s circumstances are completely different from those in which the police could investigate the prime minister fearlessly and without bias.
Read the rest of the story HERE: