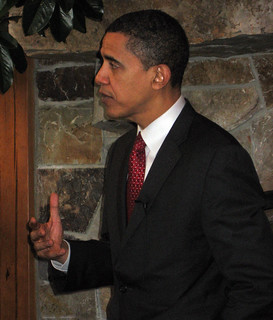 President Obama
(Image by Erik Charlton)   Details   DMCA
French warplanes launched a ferocious retaliatory assault late Sunday on targets in Raqqa, the de facto Islamic State capital in Syria, after coordination with U.S. defense officials. The French Defense Ministry said that 10 aircraft dropped 20 bombs on facilities used by the militant group, which has claimed responsibility for Friday’s terror attacks in Paris, striking a command center, a militant-training facility and an arms depot. The operation was conducted in coordination with the US military command, which has compiled an extensive target list in Raqqa. US officials, speaking at the G20 summit here that President Obama is attending, said the French operation was discussed between the two militaries, as well as in telephone calls Saturday and Sunday between Defense Secretary Ashton Carter and his French counterpart.
Read the rest of the story HERE: