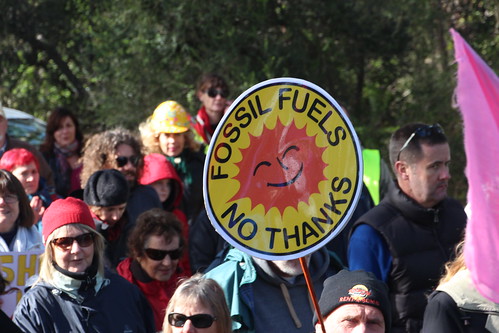 For the year 2015, the USA spent $650 billion on fossil fuel subsidies more than the $599 billion spent on the military budget.

These subsidies are largely invisible to the public, and don’t appear in national budgets. But according the the IMF, the world spent $4.7 trillion — or 6.3 percent of global GDP — in 2015 to subsidize fossil fuel use, a figure it estimated rose to $5.2 trillion in 2017. China was the largest subsidizer by far, at $1.4 trillion in 2015. But the U.S. ranked second in the world.

IMF Managing Director Christine Lagarde laid out the benefits of eliminating subsidies. “The numbers are quite staggering fiscally, but also in terms of human life... There would be more public spending available to build hospitals, to build roads, to build schools and to support education and health for the people,” she said.