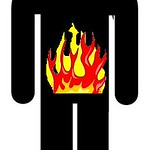 Pants on Fire
(Image by Mike Licht, NotionsCapital.com)   Details   DMCA
"In blunt testimony revealed on Tuesday, former managers of Trump University, the for-profit school started by Donald J. Trump, portray it as an unscrupulous business that relied on high-pressure sales tactics, employed unqualified instructors, made deceptive claims and exploited vulnerable students willing to pay tens of thousands for Trump’s insights. For Mr. Trump, whose presidential campaign hinges on his reputation as a businessman, the newly unsealed documents offer an unflattering snapshot of his career since branching out, over the past decade, from building skyscrapers into endeavors that cashed in on his name to sell everything from water and steaks to ties and education.“I believe that Trump University was a fraudulent scheme,” he  wrote in his testimony, “and that it preyed upon the elderly and uneducated to separate them from their money.”
Read the rest of the story HERE:

Other Series: View All 416 Articles in "Insanity AFOOT!"