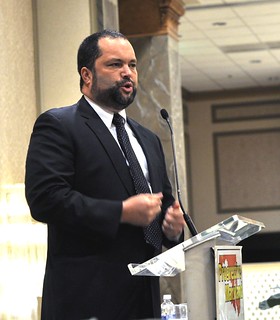 The word is he will be making the announcement in New Hampshire. This could be a big deal and a major help in turning minority voters towards supporting Sanders. This may not make much of a difference in New Hampshire, but it could shift the balance in South Carolina.