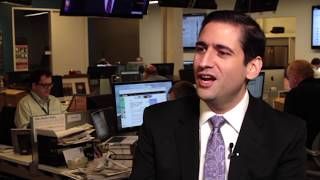 Ex-prosecutor Renato Mariotti in Politico: Trump and his team’s strategy stonewalling Democrats to run out the clock until after the election is backfiring spectacularly. Trump ignoring Congressional subpoenas dares Democrats to take him to court; he will regret it because it will prompt impeachment hearings. “The Achilles heel of Trump’s strategy is that his extreme positions are not fact-specific or nuanced and are easily disposed of as legally groundless. If Trump continues down this path—over former White House counsel Don McGahn’s refusal to appear before the House Judiciary, for example—expect more swift rulings swatting down his legal arguments in the coming months. No court is going to rule that the Executive Branch can categorically refuse to produce evidence and witnesses from a criminal investigation of the president of the United States from the House of Representatives.”