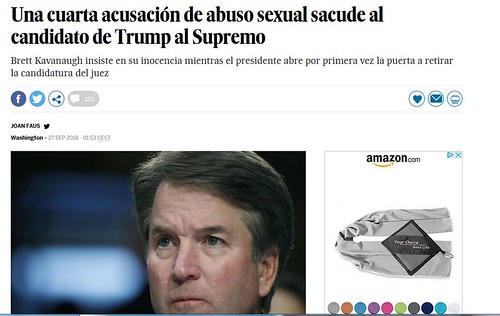 "This is the face of a man who is facing consequences for his actions for the first time in his life. At age 53." In a public meltdown that many found nearly impossibly to comprehend, Brett Kavanaugh's opening statement and early responses before the Senate Judiciary Committee on Thursday offered a stark contrast to Dr. Christine Ford's  morning appearance,  as the Supreme Court nominee launched into an angry, tear-streaked tirade against the Democratic Party and those who have alleged that he sexual assaulted them. The reaction by those watching was a mix of disbelief and shock that Kavanaugh would try to win confirmation with his remarks and attitude before the committee.

RT @NARAL: This is the face of a man who is facing consequences for his actions for the first time in his life. At age 53. #StopKavanaugh h… at