Turkish intelligence agencies concluded that he was killed in a premeditated murder, while the CIA has reportedly found that MBS likely ordered the killing.

But Riyadh has consistently denied that the crown prince was involved.

"The fact that several high-profile people have not been charged raises questions around the credibility of the trial and whether or not these people [sentenced to death] were chosen as scapegoats.

"There has been evidence that phone calls were held between Qahtani and the people who carried out the murder," he added. 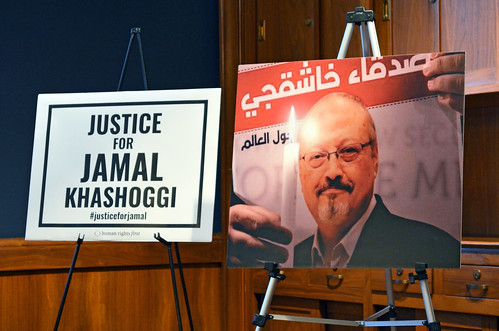 Justice for Jamal
(Image by POMED)   Details   DMCA
Read the rest of the story HERE: