The cleaner wrasse fish (Labroides dimidiatus), responds to its reflection and attempts to remove marks on its body during the mirror test -- a method considered the gold standard for determining self-awareness in animals. The finding suggests that fish might possess far higher cognitive powers than previously thought, and ignites a high-stakes debate over how we assess the intelligence of animals that are so unlike ourselves. 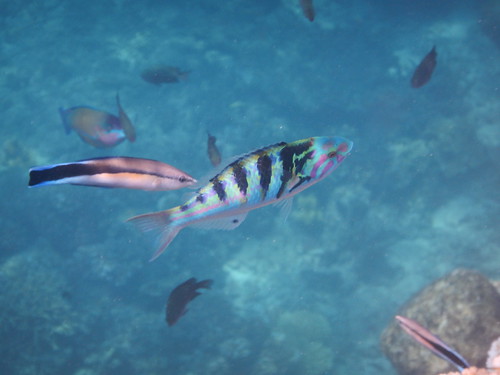 STAY IN THE KNOW
If you've enjoyed this, sign up for our daily or weekly newsletter to get lots of great progressive content.
Series: "Rights of Non-human Beings"