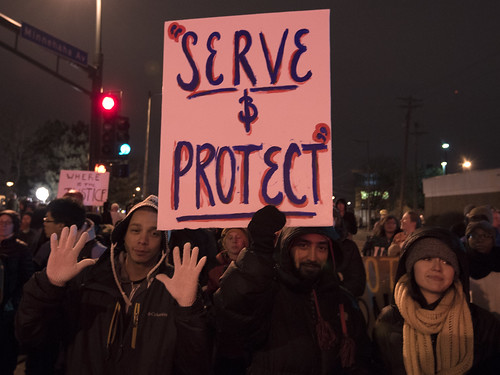 [A video released by Ferguson police showed what appeared to be Michael Brown robbing a convenience store the day that he was killed by policeman Darren Wilson.  The video was used to malign Mr. Brown's character by showing him acting like a violent punk.

The tape the police actually released shows Brown returning to the store to collect his merchandise.  Brown reached over the counter and took the bag of cigarillos that he had bargained for just a few hours earlier.]

An article with full details is in today's New York Times: