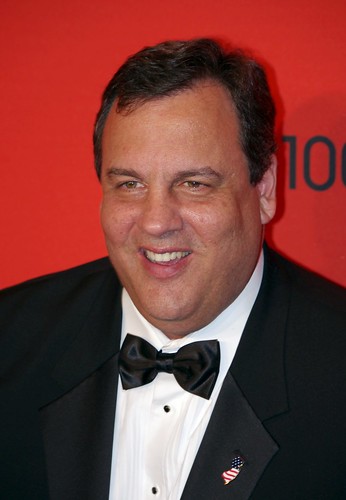 Chris Christie
(Image by david_shankbone)   Details   DMCA
Federal prosecutors in the George Washington Bridge lane-closing case contend they shouldn't be penalized in court for not producing text messages between Gov. Chris Christie and an aide that are the subject of a defense subpoena. An attorney for indicted former Christie deputy chief of staff Bridget Kelly asked in a previous court filing that a judge mention the missing texts to jurors during Kelly's scheduled September trial. Kelly and co-defendant Bill Baroni, a former Port Authority executive, have subpoenaed Christie's office for materials including the missing texts and Christie's cellphone, which the Republican governor has said he doesn't have. Christie wasn't charged and has denied knowledge of the alleged scheme.
Read the rest of the story HERE: