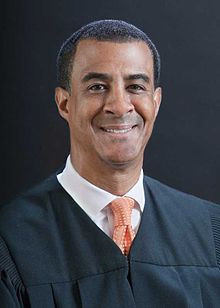 “The case is not about whether the challenged border barrier construction plan is wise or unwise. It is not about whether the plan is the right or wrong policy response to existing conditions at the southern border of the United States,” Haywood wrote. “Instead, this case presents strictly legal questions regarding whether the proposed plan for funding border barrier construction exceeds the Executive Branch’s lawful authority under the Constitution and a number of statutes duly enacted by Congress,” he wrote.

The Pentagon approved allocating $1 billion for the U.S Army Corps of Engineers to support the Homeland Security Department and Customs and Border Protection in constructing part of a border wall. The funds were designated to build 57 miles of 18-feet-high pedestrian fencing, and to construct and improve roads.
Read the rest of the story HERE: