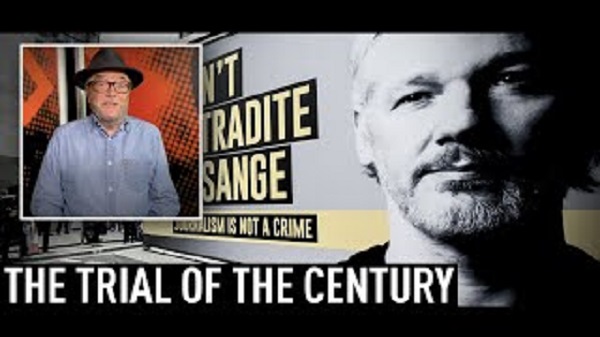 The prevailing atmosphere has been shocking. I say that without hesitation. I have sat in many courts and seldom known such a corruption of due process  -  this is due revenge.

The defendant was caged behind thick glass and had to crawl on his knees to a slit in the glass, overseen by his guard to make contact with his lawyers.

He was led into his narrow cage at the back of the court, then look up, blinking, trying to make out faces in the public gallery through the reflection of the glass..