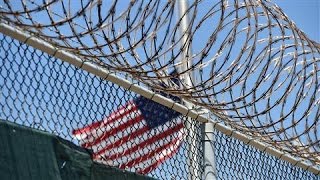 Guantanamo Bay Prison
(Image by Wall Street Journal, Channel: Wall Street Journal)   Details   DMCA
The Obama administration is not pursuing the use of an executive order to shutter the Guantanamo Bay military prison after officials concluded that it would not be a viable strategy. The conclusion, reached by administration officials, narrows the already slim chances that President Obama can fulfill his pledge to close the notorious offshore prison before leaving office in January. The White House has said repeatedly that Obama has not ruled out any options on the Guantanamo center, which has been used to house terrorism suspects since it was set up in 2001 following the Sept. 11 attacks on New York and Washington. Obama is eager to fulfill his 2008 campaign pledge to close the prison and could still choose to use his commander-in-chief powers, but the option is not being actively pursued, the sources said.
Read the rest of the story HERE: