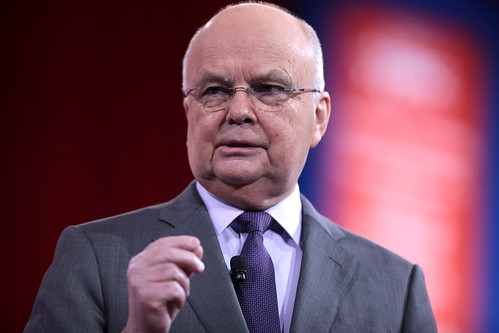 As Washington continues to reel from Pres. Trump’s evidence-free assertion that his phones were wiretapped by former Pres. Barack Obama before the election, former CIA director Michael Hayden says it seems Trump forgot something during his weekend Twitter flurry.    “It looks as if the president just for a moment forgot that he was president,” Hayden said on Fox News on Monday. “Why didn’t he simply use the powers of the presidency to ask the acting director of national intelligence, the head of the FBI, to confirm or deny the story he apparently read from Breitbart the evening before?” Hayden, a critic of Trump during the campaign, has served in national security roles in both Democratic and Republican administrations. In addition to the top job at the CIA, he has served as director of the National Security Agency and as principal deputy director of national intelligence.