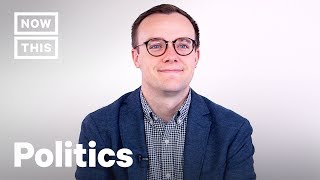 Writer Bert Farias denounced the way people were celebrating the fact Mr Buttigieg was the first openly gay person seeking the presidential nomination for a major party. Such celebrations marked the “death rattle of a nation. God created male and female with sexual union between the two being first for procreation; anything outside that is merely behavior.” Farias claims to head the Holy Fire Ministries in Boston. “In fact, when those who practice such things that are “deserving of death” also approve of others who practice them (Rom. 1:32), it is one of God’s final signs of His wrath on a society. This is a description of gay activism and constantly pushing for its normalcy and marginalizing those who disapprove. This is present-day America. How far we’ve fallen.”

80 per cent of evangelical Christians voted for Donald Trump, a thrice-married, failed casino owner, who appears to have little experience of attending church, or much expertise with the Bible. His has rewarded those voters by appointing two conservative justices to the Supreme Court, and supporting restrictions on abortion.