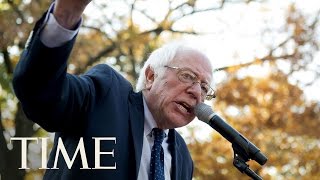 They hate him because he is a walking, breathing reproof of the sacrifices they made to succeed in their chosen profession. Here’s how Bernie Sanders talks:

Does anybody in their right mind believe that if you’re rich, you should be able to afford a vaccine and save your life, and the poor have got to die? Is that where we’re at in the United States of America?

He makes it sound like anyone who disagrees with him is an idiot.

But to the extent that they have internalized the arguments for a system in which Americans remain uninsured, that is kind of what political journalists believe. They have come to peace with a system of inequality: socialism for the rich. They cite things he says, that accepting corporate money makes you beholden to people who don’t want fundamental change, as examples of how contemptuous he is of the ideologically impure.