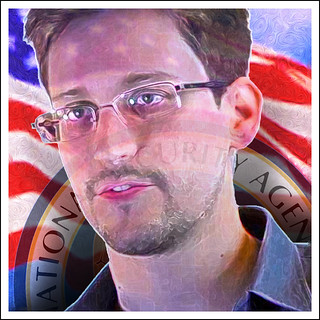 Edward Snowden
(Image by DonkeyHotey)   Details   DMCA
Edward Snowden has told supporters he would be willing to return to the US if the government could guarantee a fair trial. The former National Security Agency contractor, who has been living in Russia since June 2013, said he would present a public interest defence of his decision to leak thousands of classified intelligence documents if he appeared before a US jury. “I’ve told the government I would return if they would guarantee a fair trial where I can make a public interest defence of why this was done and allow a jury to decide,” Snowden told a libertarian conference, the New Hampshire Liberty Forum.
Read the rest of the story HERE: